If you can’t do, teach. Lately I’ve been unable to  ‘do’. My anxiety and fears of owning and operating my own drift car have changed since 7 years ago. Before I could have $5 in my pocket, no plan for next week and try to build and drift a car. These days, I could have $5000 saved up, a retirement plan in place, and I’m more afraid now to make mistakes and fail then ever before.

Rather than let my mental health hurdles block me, I decided to work with them. If I can’t drift myself, might as well help others do so. 7 years volunteering at http://www.CapitalDrift.ca has afforded me some trust and reputation. Normally I’d just observe someone having troubles at the track, sit with them, point some things out, and then let them go at it for the rest of the day. This is a type of teaching, but I wanted to try a different type.

Drift school was a long idea coming, though it’s not a new idea. There has been many others in the past who’ve run drift schools all over the world. For locals in my area though, no one had access to any of these schools.

Keichi Tsuchiya has the most famous of drifting instructions; the drift bible.

Alexi Smith of NoriYaro fame made his own Australian version many years ago as well.

As well as many others. The idea is simple, help you get a decent drift car on to the track for some track time.

I spent some time writing my own program that worked with the resources that were available locally. These resources were limited to:
-Laptop,
-Classroom,
-Race track

The program was broken down into two segments, a classroom theory night, and an on track drifting session.

The Classroom session lasted about 2 hours, initially we started with a quick history lesson in where drifting originated. If you’d like me to annotate some important points of this video, you’ll need to come to the class!

We also touched on what drifting is. I must stress this; drifting is not a sport. It is a motoring activity. Although there are competitions, they are meaningless, as the true spirit of drifting is to have fun with your friends doing something scary and exciting!

I drew up some photos of the elements of how a car moves. 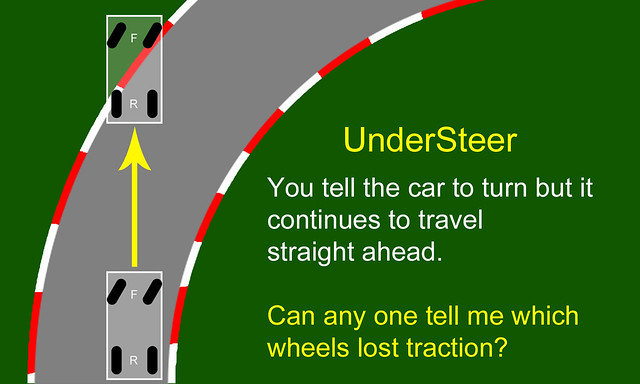 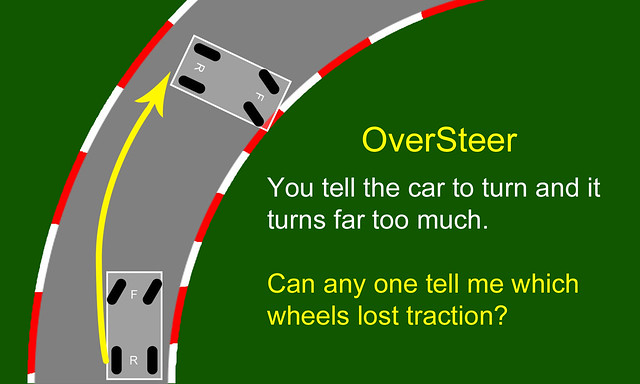 We defined the differences between a power slide and a drift. 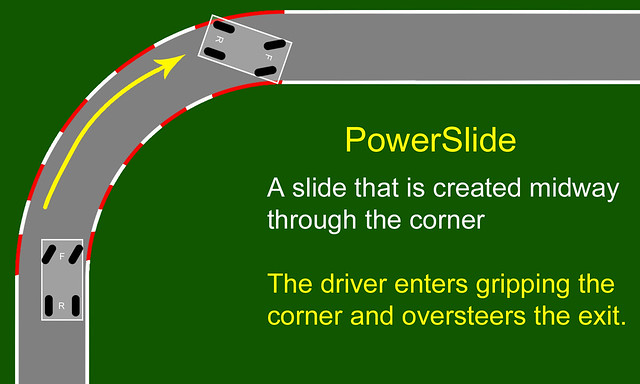 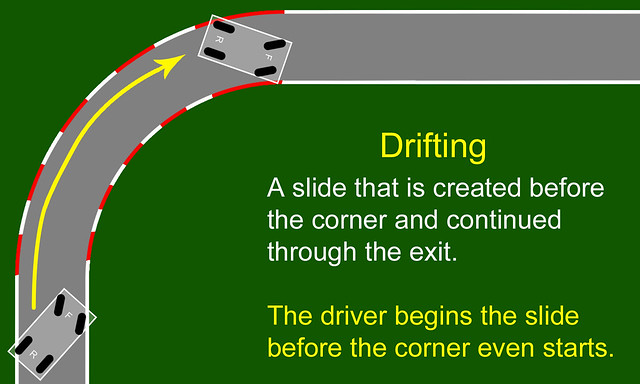 We also talked about important factors like momentum, and push. 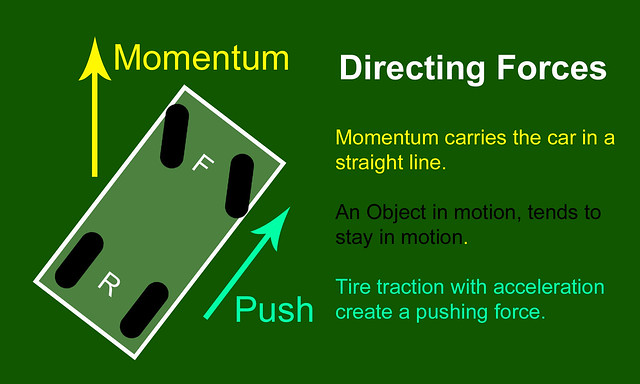 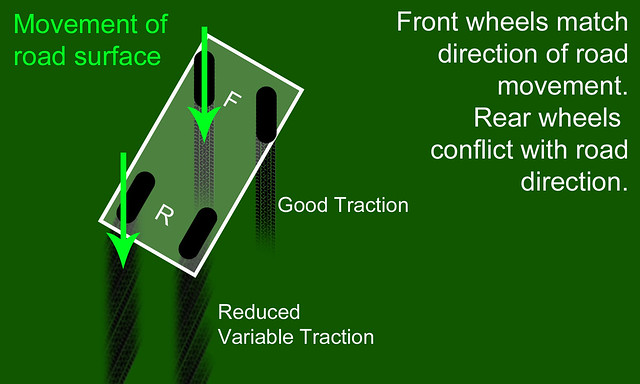 And even touched on different lines to take. 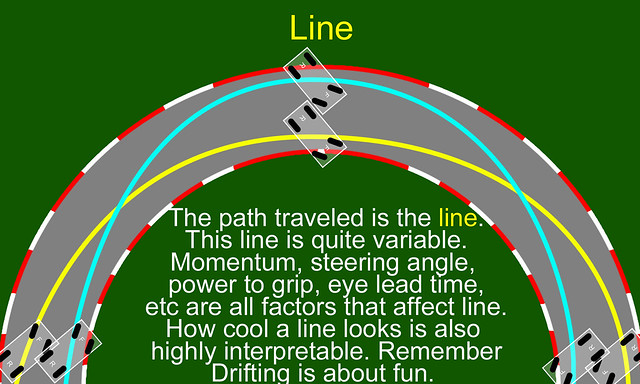 The class went great, but I didn’t know that at the time! The room fell silent as soon as it all began. I just kept moving along with our discussion, even if it was one sided for the first hour. It wasn’t until I invited more questions that the conversation really opened up. People were really engaging with questions about drifting in general as well as their own specific experiences and cars.

The classroom even covered topics about car setup, some common dos and don’ts of a drift day. What to bring and how to act were some topics that I felt were helpful to share. We also discussed expectations of a drift day and different chassis types as well as common modifications and setup tricks and tips. 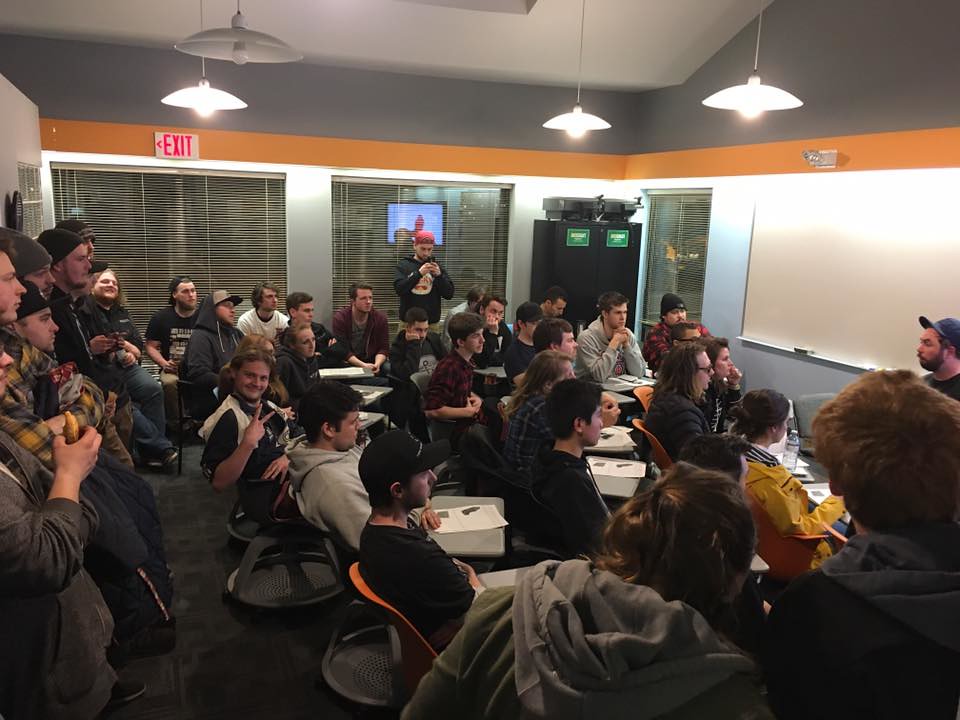 Next up was the track day! We allotted 5 hours of track time, and a 20 driver registration cap. By the time things got rolling we had 25 drivers ready to run. lol

Next we moved onto a quick review of our classroom session discussions about oversteer, understeer, power sliding, push and momentum. 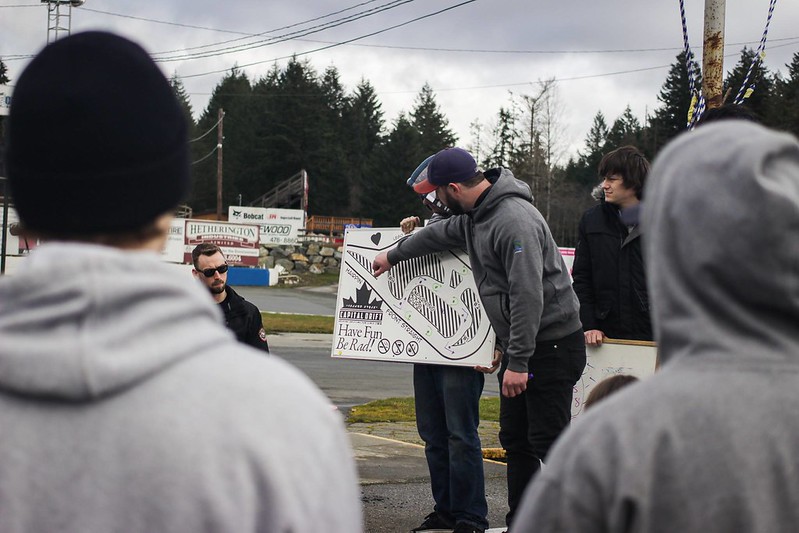 The track day was broken down into a really simple format. We used ‘exercise’ to measure progress. we started with a hand brake 90* and 180* exercise around cones. Getting drivers used to building speed (momentum) and then causing traction loss with the hand brake, and redirecting this momentum a different direction. 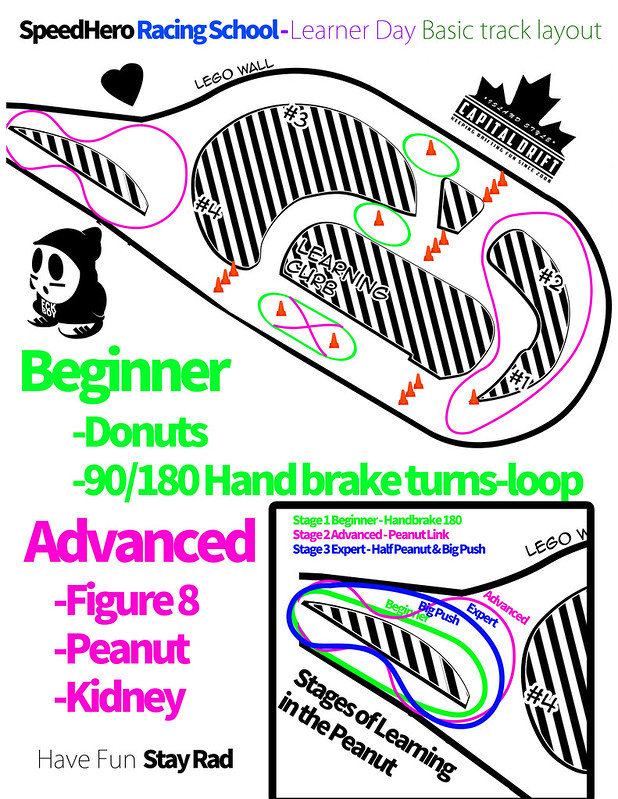 The layout of the track was separated into different stations, so we could have the most amount of cars driving at one time. The secret is that seat time is the best way to make progress!!! With a couple volunteers at each station to manage a few cars at a time, they could keep an eye on each persons progress. 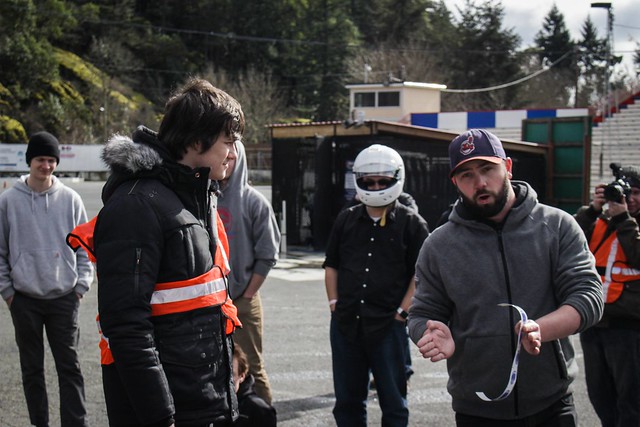 Progress was important! For each skill I took some inspiration from swimming lessons and created a Badge Program. Each driver would earn a badge if they demonstrated that skill sufficiently. 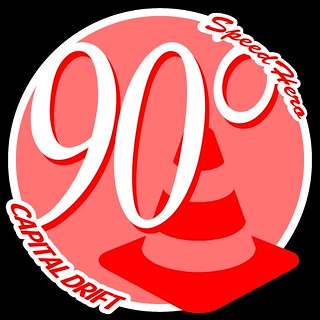 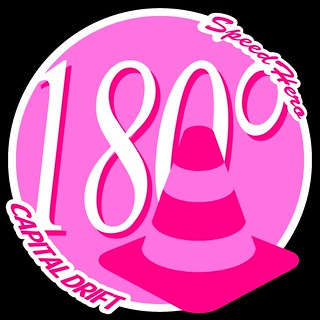 Next up was everyones favorite. Donuts! 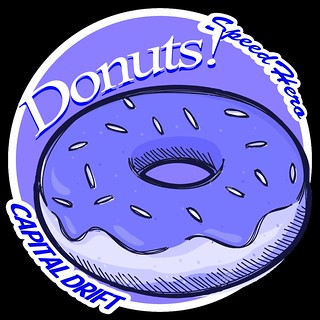 Following this was figure 8 drifts! 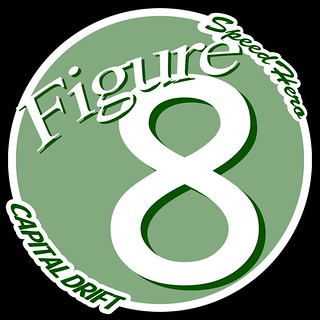 We then moved onto drifting a full corner. 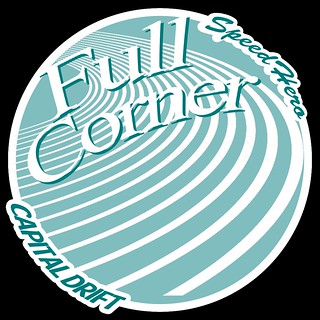 Lastly at the end of the day we had two small track layouts, as shown in the flyer above. The Peanut and the slightly more advanced Kidney Bean. 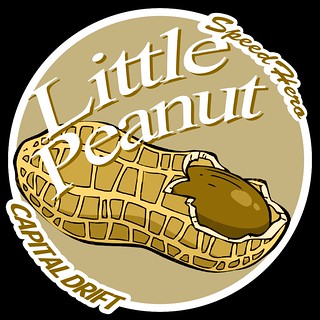 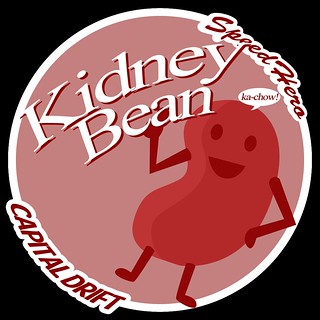 For one lucky person a most improved sticker was awarded as well! 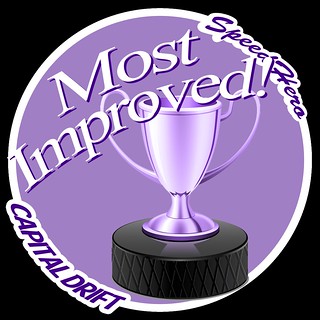 Even the local TV station came out to take a small video of the event!! 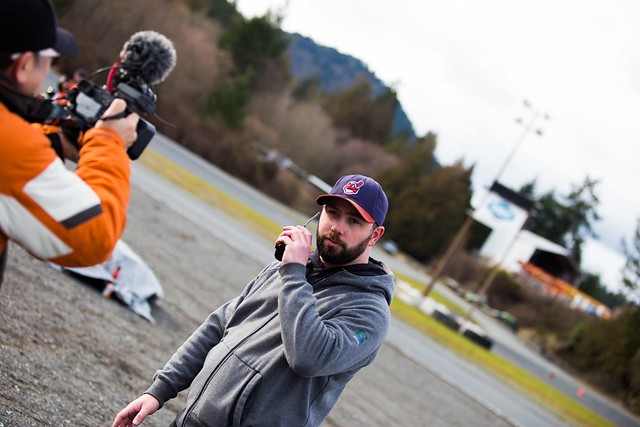 Sadly I don’t have many photos from either the class room night or the drift day. However! Chad Kruper made a small edit of the track day for you to peek in on how it went. 🙂 Thanks Chad!

So what did this all cost me? The entire process cost me personally $12. Which was some candy for people to munch at the class room night and a cord for my laptop. I had a lot of help though! Joel Fox from Platform Garage helped me prepare my materials, Acacia from Camosun print shop get my flyers ready, Serge from Capital Drift organized the track and payments, A bunch of the guys from our good core Capital drift mob came out and volunteered at the track, and Justin from Aircooled productions shot much of the event for Shaw TV.

I’d really like to thank everyone who participated in and helped run the day!
Thank you! We’ll see you all again for our next one in October! 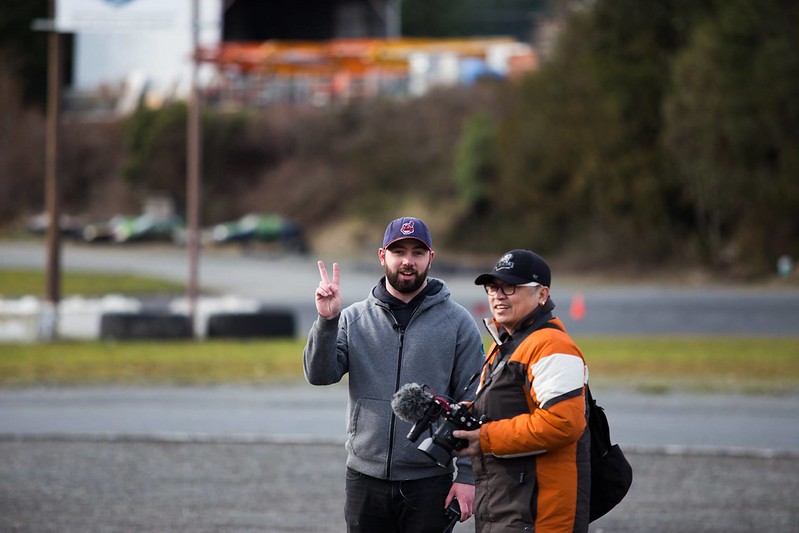 Error: Twitter did not respond. Please wait a few minutes and refresh this page.

Donate to Keep us Afloat